Taimur Rahman is an academic, political activist and the lead musician of Laal Band of Pakistan. He is based in Lahore. For details, visit the band’s site and facebook page.

I’ve been involved with the communist left in Pakistan now for the last 15 years. It has been my work to popularize its cause and to bring our ideas into the mainstream. Most of these years were spent trying to build a communist organization that could lead the workers and peasants to a socialist revolution. But the results that I wished to achieve 15 years ago when I returned from college to build a Marxist party in Pakistan, remain elusive. In this short essay, I would like to speak about one of the biggest internal barriers to the development of the left in Pakistan. 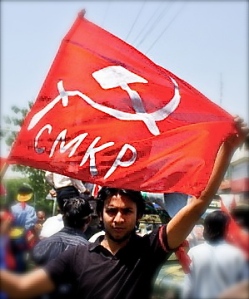 First, we must acknowledge that we Pakistanis face very difficult objective conditions. An overbearing and very repressive state, a strong religious fundamentalist movement, imperialism’s own influence, the lack of development of industry and class conflict and so on. But let us leave behind these objective conditions (which we cannot change overnight) and study what we are confronting within our organizations everyday.

Second, the phenomenon I am describing is a broader phenomenon that is observable in the entire left in Pakistan. If I were the only leftist leader making an attempt to organize the left, I would only have to look to my own actions and their consequences to understand what I am doing right or wrong. But we all know that there are many others who have also been working. And their results are much the same. Hence, there must be a larger phenomenon that is a fetter on our ability to achieve desired results.

I have seen several internal conflicts and splits within my own party and within other left parties. And I have seen that there is a repetitive pattern to all of them. And this patterns is what I ascribe to a phenomenon that Lenin called “small circle mentality”. If we do not understand this phenomenon and we are unable to conquer it, then we shall spend the next 50 years more or less in the same boat as the one we have occupied till now.

This absence of a  mass intellectual Marxist trend, or a mass Marxist workers movement, means that most leftist cadres are found only in small circles. Typically, a group of 5 or 10 friends and comrades come together to study Marxism, join this or that leftist party, work for a couple of years, grow disenchanted with their party, begin to change parties and ideologies (hoping to find something new), and after several years give up and join professional life. Since their entire experience excludes work in a truly mass-based political party and it is almost exclusively work in discussions within very small political groups, hence, they often make the mistake of thinking that small circle politics is mass politics.

Small circles have their own logic. They are primarily concerned with issues within the circle. These may be issues of authority, power, privilege, habits, manners and so on. All of them are about the individuals within that small circle. For them the political world exists primarily in the form of that small circle. What exists outside of it is somewhat of an abstraction about which there are many theories, many different views, and very little real experience. Hence, while the real political issues exist only as abstractions, issues concerning the personal relationship within that small circle substitute as politics. 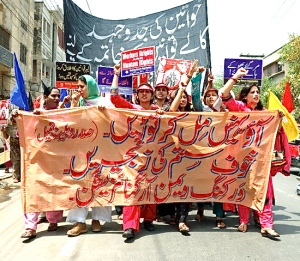 That is why, the issues that are discussed with the greatest intellectual and emotional investment in such small circles concern only the personal behavior of individuals within the circle. That does not mean that I’m suggesting that these issues should not be discussed. What I am arguing is that their exaggerated importance can only be understood in the light of the fact that what informs the discussants is the near exclusive political experience of that small circle. Of course all participants then attempt to give their disagreements a strongly ideological flavor.

Let me give you a few examples from my personal experiences: One major struggle was on the all-important issue of who should go and fix the desktop laser printer. Yet another major struggle occurred when the the branch secretary demanded that payment be made for a certain number of party newspapers (the amount was quite paltry). At least three major struggles have occurred as a result of love triangles. Unable to control their emotions, these discussions flared completely out of control, leading to hurt feelings and finally people exiting from the organization. However, every time such issues broke out, everyone was involved. Members of the circle took an interest in these issues, discussed these issues, and wrote copiously on these issues.

On the other hand, ironically, when purely ideological disagreements break out, few take an active or lively interest in them, few read the discussions, and even fewer comment on them. These issues seemed to exist only as academic and abstract issues over which gross deviations towards opportunism are generally looked upon only as merely “a difference of opinion”. Instead of debating these real issues, most leftist cadres in Pakistan will appeal to broad left unity, they will consider these debates to be irrelevant, they will put pressure on the participants to gloss over and ignore these differences, and last but not least, they will argue that such debates are irrelevant because the workers allegedly “don’t care about them”.

Say two individuals fall out over the question of military rule in Pakistan, the class character of the Taliban, or over the mode of production of the USSR. You can rest assured that the conversation will head towards ad hominem attacks in very little time. The real questions will become secondary and in their stead will step forward questions regarding the character of the discussants. 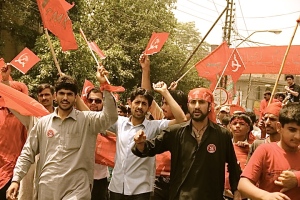 The reason why such arguments are so common in our society is because they are rewarded by people in our society. This is the only kind of politics we ever learn from the mainstream media, school books, college texts, and TV programs. Moreover, given our only experience in small circle politics, lacking a larger awareness of political issues, it is much simpler and faster for people to judge about which argument is correct based on the character of the people making the argument. In sum, unfortunately people make judgements about larger political questions not on the basis of the evidence, but on the basis of the character of people advancing those arguments.