Rupen Ghosh is a Delhi-based senior GoI officer with a keen interest in arts and literature. This note was written a few days ago. Today, Daniel Day-Lewis makes the Oscar history by winning his third trophy.

Few people remember that Daniel Day-Lewis acted in a small part in Gandhi (1982) as Colin, a street thug who bullies Gandhiji. Daniel Day-Lewis, son of poet Laureate Cecil Day-Lewis, is considered as one of the greatest British actors finding his rightful place with such all-time greats like Anthony Hopkins, Alec Guinness, Ralph Richardson, David Niven, John Gielgud, Richard Burton, Peter O’ Toole. He has carried method acting to unprecedented great heights and is one of most selective actors among the film fraternity, having starred only in a very few films is his glittering career. Winner of two Academy Awards for best Actor for his portrayals in My Left Foot and in There Will Be Blood, he is on the verge of winning an unprecedented third Oscar for his title role in Steven Spielberg’s Lincoln. Already recipient of his fourth BAFTA Award and Golden Global Award for the best actor on numerous occasions, his acting odyssey has been amazingly extraordinary for his histrionic skills and for completely identifying himself with the roles he portrayed. Known for staying in his characters completely for the duration of the shooting schedule of his films, getting into the skin of the roles, immersing into the characters he portrays and even to the point of emotional and physical breakdown, his constant devotion to and research of his roles are legendary. 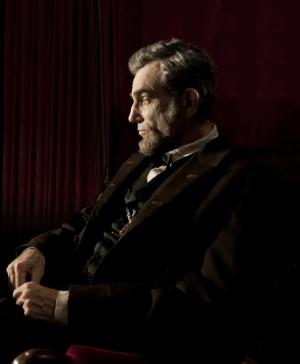 His acting oeuvre included such wonderful films as My Beautiful Laundrette and A Room with a View in the late eighties. He acted as a leading man in Milan Kundera’s The Unbearable Lightness of Being where as a Czech Surgeon, Day-Lewis learned Czech and continued to live his with his character all through the shooting. His intense histrionics and commitment to the characters were taken to altogether new heights in ‘My Left Foot’ that fetched him on Oscar for the best actor for the first time and where he moved around in a wheelchair off screen in order to realistically portray the character of someone who was severely paralyzed. His career is littered with one award or the other, all prestigious – Oscar, BAFTA, Golden Globe and since his movie appearances are rare, connoisseurs of good cinema eagerly look forward to Day-Lewis performance, and he rarely disappoints.

I remember watching him in James Fennimore Cooper written classic ‘The Last of the Mohicans’ and he was said to have done so much intense research for the role, literally living off the land and the forest, camping, hunting and fishing that his character demanded, that his on-screen persona looked truly authentic and real. More followed as 1990s progressed with another sterling performance in ‘In the Name of the Father’, of an IRA saga, where his character gets wrongfully convicted of a bombing carried out by the militant outfit. Day-Lewis in order to get into the skin of the character spent considerable time in a prison cell, interacting with the inmates and while internalising the role, he even got physically and verbally abused. Such is his commitment and devotion to cinema.

I recall another Day-Lewis classic, an Arthur Miller play set in the 17th America “The Crucible,” that apart from being an intense drama, remains, as a critic put it “a timeless piece of literature and can teach anyone important moral lessons and give them insight to the horrors of the Salem witch trials and how it affected the people living it.” The story set up in Salem, New England, in the north-eastern sea board of what was then the newly found colony of America, is about people falsely accused of witchcraft and the torture and suffering they endure. Hysteria, deception, religious zealotry and adultery are woven into the plot of what eerily reminded theatre-goers of the hysteria gripping the US in the McCarthy era in the fifties and the author’s own persecution in those hate-filled times. Day-Lewis was simply superb in the role a husband who passionately fights for the release of his wife wrongly accused of witchcraft and sent to jail. Day-Lewis’ impassioned defence, charging the community in New England of moral decay and his sterling performance remains etched in my memory and it was a pity that this did not fetch him another Oscar. But creatively, remains the actor’s one of the most satisfying performances.

No other actor, in the recent memory or otherwise, is known to immerse in the roles as Day-Lewis does and his portrayal of Lincoln is yet another example of playing true to the character – his shuffling gait, his voice and accent, his looks, his entire demeanour and persona, all reminded the audience of Abraham Lincoln. As the Guardian writes: “His work has been marked by a ferocious devotion to method acting: he took a full year of preparation to play Abraham Lincoln, which is rumoured to have involved speaking only in Lincoln’s Kentucky accent and remaining in presidential solitude throughout the shoot.”

Even if we forget all the hype, hoopla and glitz, and some may say faux glamour, that surrounds the Oscars, there is no denying Day-Lewis’ greatness, and true to the tradition of a British actor, intensity, authenticity, honesty, and commitment to the art and craft, remain his hallmark. His admirable portrayal of Abe Lincoln only confirms his place among the very best of screen actors ever. An intensely private person, Day-Lewis remains untouched by the glamour and publicity that goes around in the multi-billion dollar show business and stays intensely focused to deliver one angst-ridden performance after another, internalizing the pain, anguish and suffering and myriad emotions that his characters undergo.