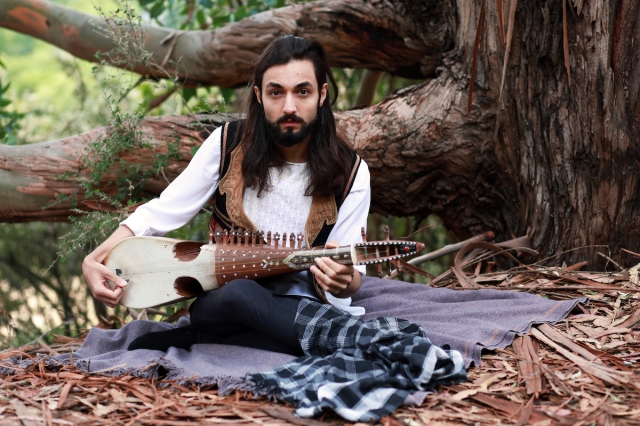 Qais Essar doesn’t play in a rock and roll band, nor does he want to; he’s too cool for that. He’d rather stick to his guns and play the twangy lute he was born to strum: the robab, which, like he himself, hails from beautiful Afghanistan. Qais has long been plucking the strings of his robab, and has just released a new album, Tavern of Ruin, as well as a charming and otherworldly promotional video for one of its songs, which is enjoying its debut, well … here on REORIENT. Yessir! So, just who is Qais Essar, and what does a robab sound like, anyway? Read on, and turn up the volume … loud (as always).